States where e-bikes are illegal 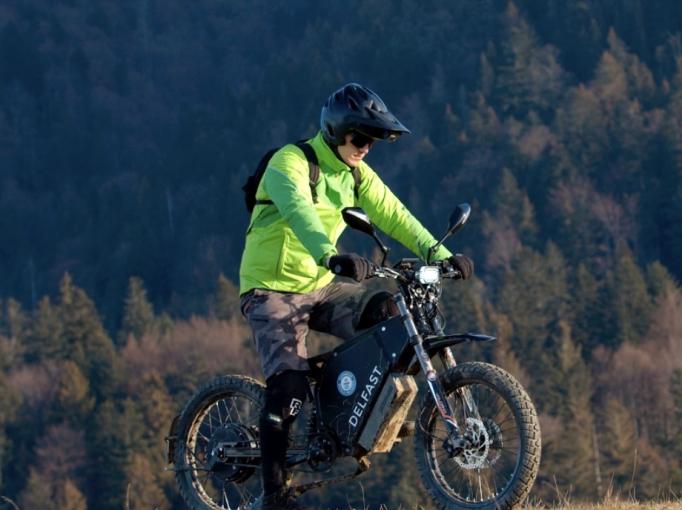 Previously on Delfast blog, we published various articles on how to mount a camera, calculate the range of electric bikes, keep your electric bike from overheating etc. But we never brought up the legality of ebikes on our blog, while this question is one of the first our customers ask us before purchasing a Delfast electric bike. Therefore, we decided to make a small mini-guide on the legality of using electric bikes in the USA, a country where new happy owners of Delfast bikes appear every day.

Electric bikes laws in the US

Electric bike laws were regulated at the federal level in 2002 for the first time.  These laws have undergone a bunch of changes, different in different states and even different cities and counties of the United States.

Generally here are the 26 states where the 3-tiered classification system for electric bikes has been developed and approved.

These states have a unified language for the definition of electric bicycles, as well as practically uniform requirements for the safety and operation of this transport. New Jersey and West Virginia established a two-tiered classification system.

So, when buying an electric bicycle in the USA, one should pay attention to the 3-tiered classification system developed in order to provide transparency for the e-bike manufacturers.

For the better comfort of the US consumers, three main classes were developed. If an electric bike you consider to purchase doesn’t seem to have the parameters as shown on the image above, it is recommended to pay attention to other electric bike models that meet the criteria. Despite the fact that this classification is quite universal, it is currently accepted by 26 states of the United States only. Over the past 5 years about 11 states have adopted the current classification, but its lobbyists say there are some states where e-bike legislation is very difficult and slow to pass. The point is that faster adoption of e-bike laws in other states can increase bike sales and permanently close the question of whether a particular bike is legal in the eyes of the customers. When one comes to the bicycle shop to buy an electric bike and the laws on electric vehicles in his state are uncertain, it is very difficult for him to make a choice, and he begins to hesitate.

Imagine trying to buy a car and being not completely sure whether it is legal in this state. an odd situation, isn't it?

While some states still have problems with the legality of e-bikes, there are states and cities that have adopted the 3-tiered system to provide freedom for e-bicyclers.

In California, a state with beautiful stunning views, one can enjoy while riding along the coast, the aforementioned classification of e-bikes has been adopted. In California, a rider doesn't even need a driver's license to drive a private electric vehicle. The only thing you should pay attention to is that you must wear helmets if you ride a class 3 ebike. One of the controversial issues is riding an electric bike on sidewalks in California. While California does not have a state law that prohibits cycling on sidewalks, there are local regulations that prohibit the use of bicycles on sidewalks in business areas of the city.

Florida electric bike laws allow the electric bike riders driving on the sidewalks. Since Florida passed the Electric Bike Classification Act in July 2020, the state has had the same rules as California. E-bikes no longer need to be registered and, accordingly, riders do not need to take out auto insurance or hold a government license. Anyway, if you are in this thriving state, please be careful and read the rules for using e-bikes in advance. If you’re under 16, you are not allowed to ride an electric bike.

E-bikes and scooters have been legal in New York State since 2019. Over the past 2 years, the number of people in the state who have switched to e-bikes is booming. As the pandemic continues, it is expected that moving around cities by personal electric transport will become a habit of residents.

If you wonder, what are the laws in NYC on electric bikes, you should definitely know that New York City has adopted the classification of electric bikes in 2020. With the rapid growth of courier services and the number of individual vehicles in the city due to the pandemic, e-bikes are becoming more popular on the streets.

Credit options available at delfastbikes.com. Choose the best credit option for you to order a Delfast now. Any questions left? Please, contact us via webchat. Door-to-door delivery and lifetime warranty available.

Options you get as a Delfast customer: