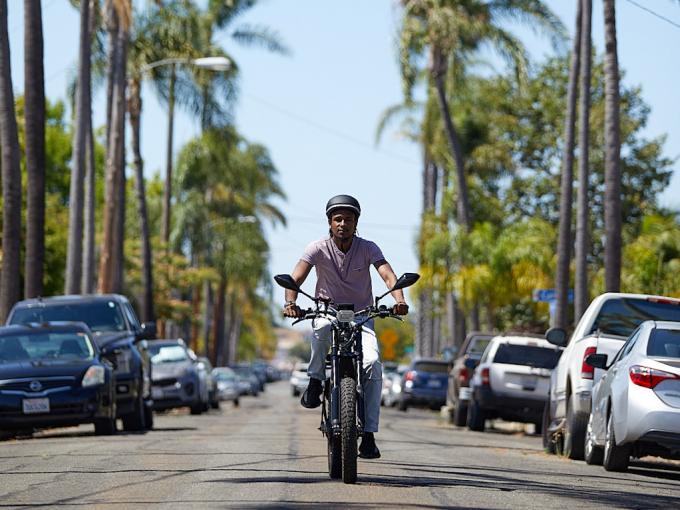 Cities around the world are getting more serious about tackling transportation solutions surrounding climate change. Along with this comes the creation of greener infrastructure that is of huge benefit to traditional bikers and eBikers. Los Angeles is joining the many US cities getting more serious about the health of its residents and the earth. Designated bike lanes, new paths and trails, and eBike-friendly laws are just a few of the many reasons to make LA your next eBike destination.

Are eBikes legal in LA?

Like many other states in the USA, California had adopted a three-tiered classification system for electric bikes. It’s fair to say though that Cali has some of the most liberal eBike regulations in the country. Los Angeles is no exception ‒ electric bikes have a lot of freedom here:

There are no maximum power guidelines for electric bikes in CA. You don’t need a driver’s license even with the most powerful eBikes on the market. If your eBike is not classified as a moped, you don’t have to worry.

Los Angeles is one of the best cities in the US to be an electric bike owner. Due to the very liberal electric bike laws, you can freely use existing roads and infrastructure. It continues to create new multi-use bike paths, scenic trails, and is expanding its designated bike lanes throughout the city so you don’t have to share the lane with cars.

One of our favorite rides is the Marvin Braude Bike Trail, a 22-mile paved bike path along the coast of LA. With beautiful views of the Pacific Ocean, it stretches from Pacific Palisades all the way to Torrance County Beach. It’s open year-round and cuts right through some of the most famous beaches, allowing you to take a rest at one of the many iconic spots along the way.

Where can I buy an electric bike in Los Angeles?

If you are ready to join the fast-growing crowd of eBike riders heads to one of the many stores specializing in eBikes: Electric Bikes LA, EBike Galaxy, and so many others. Most manufacturers provide an interactive map of retailers available ‒ Delfast has this map on their website, so you’ll have no problems finding an electric bike store in LA that carries the latest Delfast model.

You can also order your eBike online. Many customers prefer to order online because they get to customize their eBike, add accessories and then it is delivered straight to their door. Check out the new Delfast Top 3.0i here.