Guide to Charging Stations in NYC 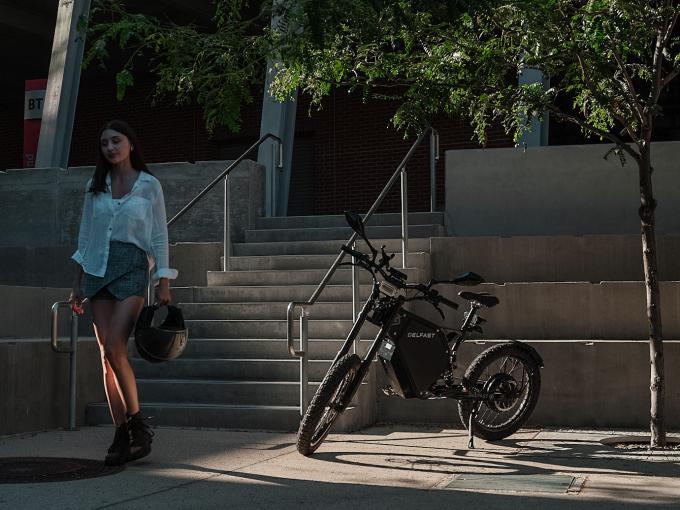 Electric bikes are often seen as a means for taking a nice road trip or hitting a fun off-road trail. While this does make sense given the long range and full suspension of an eBike like the Top 3.0i from Delfast, the commuter power of the eBike should not be underestimated.

Personal and commercial fleet use of eBikes, such as delivery services, is growing each year. As more and more people switch to electric vehicles of all types there inherently needs to be an increase in the charging infrastructure. Charging capacity is often cited as a problem in objecting to the wide use of eBikes and electic vehicles. With that said, most cities are rapidly expanding access to charging stations to accommodate this electric revolution.

New York City is one such city that is rapidly expanding its access to charging stations for eBikes and EVs. Let’s look at what NYC has done to become a friendlier city to eBikes including laws surrounding eBike classification and charging laws.

Starting in 2020, NYC passed laws stating eBikes are completely legal to own and use in the city. The Big Apple also recognized electric bikes as a distinct vehicle class.

The city adopted a three-tier eBike classification system, but it varies somewhat from other states laws. Class 3 eBikes are restricted to 25 MPH instead of the more commonly accepted 28 MPH. eBikes with a Class 3 classification are also only allowed in areas with a population of one million people or more.

We recommend wearing a helmet and having a helmet for any passengers you may take with you on every ride. It’s not that we don’t trust you, we really don’t trust those other NYC drivers.

eBikes have expanded rapidly in their use in NYC. Everyday New Yorkers, delivery drivers, and police officers are using eBikes. Infrastructure has struggled to keep up with charging needs but is getting better every day. Electric bikes cops in NYC are not anything new of course. New York was one of the first US cities to put eBikes into their fleets. Delfast even has a Top Cop model designed specifically for police departments.

eBikes are becoming one of the most convenient ways of getting around a city like New York.

Pros of using an eBike in NYC

There are so many benefits of owning an electric bike in NYC that we wouldn’t be able to cover them all here. Here are a few of the most widely cited reasons.

The only struggle you might find is where to charge your electric bike in a big city like NYC. With a few tips you can become an expert on that too.

Where to charge an electric bike in NYC?

As of the writing this article, you can use any electric charging station you can find. This includes the outlets in your own apartment or house. Or even outside a local business if given permission to do so. You can also carry an adaptor and charge at an EV charging station.

There is proposal to ban electric bikes from being charged inside apartments or common areas that is under review. The New York City Housing Authority (NYCHA) recently proposed that eBikes not be allowed inside public-housing apartments. There was quick backlash against the proposed rule change because of the adverse effect it will have on the livelihood of those using eBikes for work purposes. For now, it is just a proposal. Most advocated don’t think it will go through in full, and have proposed stricter safety standards instead.

No matter what happens with upcoming laws, eBikes will always be a cheaper and more earth friendly way to get to work, to see friends, or get off on that adventure. Looking for the perfect commuter eBike? Delfast California is coming soon. Sign up on indiegogo for more information and to be first in line to own one.