Climate Changing Game: How Much Footprint an eBike Has 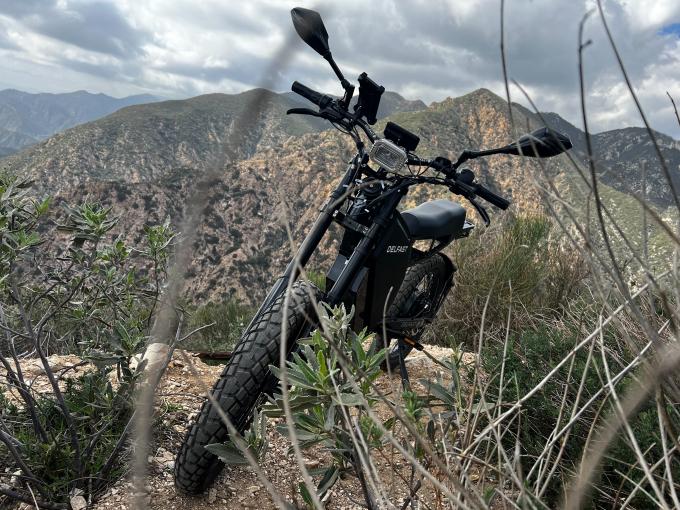 We’ve mentioned this earlier multiple times: eBikes are a perfect green alternative to mopeds and fuel-powered cars. Using an eBike for daily commuting, you can severely decrease your carbon footprint, making this planet a little safer for everyone.

Let’s take a closer look at how exactly eBike reduces your carbon footprint compared to other vehicles.

A car vs an eBike

So, eBikes have even two advantages over cars: they’re more eco-friendly and more affordable.

But you might ask, “is a vehicle really green if its production chain leaves a heavy carbon footprint?”. The question is 100% legit, and we’re fully aware of it.

So, how green is eBike manufacturing?

Well, it’s not technically green. But compared to car manufacturing, it’s your the most ecological option.

Manufacturing emissions of the car start at 45g of CO2 per mile. Compared to that of an eBike with its’ ~9g per mile, cars emit five times more CO2 ‒ and this is only a start!

Another thing that has to be taken into consideration is the Li-Ion battery. These batteries are well-known for their long lifespan and good capacity, but manufacturing a battery is still damaging to the environment. The dirtiest part is the mining of lithium. A lot of compounds produced during the process emit nine times more CO2 than the total weight of mined lithium.

Of course, there is always a recycling option, and it’s getting more and more recognition around the world. However, despite lithium being widely used in electronics, recycling it still costs a lot. Mining is a cheaper way to get lithium, but with a growing trend of electric vehicles, it’s completely possible that a few years from now things will change, and recycling Li-Ion batteries will be the most convenient way to get lithium.

Shipping is another factor here. Whatever shipping method you choose 一 air cargo, sea shipping, or by truck ‒ you will always end up with a noticeable carbon footprint. For now, it’s impossible to fully avoid these emissions.

But if you think about it, cars have a way heavier CO2 footprint during the shipment process. It all starts when different manufacturers ship parts for cars, ending with fewer cars fitting into the carrier. You know, cars are way bigger than eBikes, and they logically take more cargo space. The same cargo can fit four or even five times more electric bikes than cars, especially considering that they’re getting shipped in a disassembled state.

And what about riding an eBike?

Within the lifespan of an average electric bike, the total carbon footprint of this vehicle will be no heavier than 100 kilos ‒ and only if you ride daily or take some long trips. As for cars…gas emits enormous amounts of CO2 and heat, that’s not a secret to anyone. Even electric cars like Tesla, having a powerful Li-Ion battery, still emit around five tonnes of CO2 per year due to a bigger capacity and power.

Let’s take a look at some other numbers. It is established that an eBike emissions per mile are as low as 8-9g, taking into consideration the most significant source of these emissions ‒ the battery. Of course, it heavily depends on your riding style and preferences ‒ if you opt to ride without using a pedal-assist system a lot, your emissions can be even lower.

But what about electricity? Surely it doesn’t appear out of nowhere, and it’s not like we have completely green energy plants in every city. Good news: electricity consumption of an electric bike sums up to as low as 2g per mile. Way better than fuel, and much cheaper.

You can’t be 100% green unless you’re a tree. But what you can actually do to prevent climate change is to support green energy, electric vehicles, and smarter city commuting.