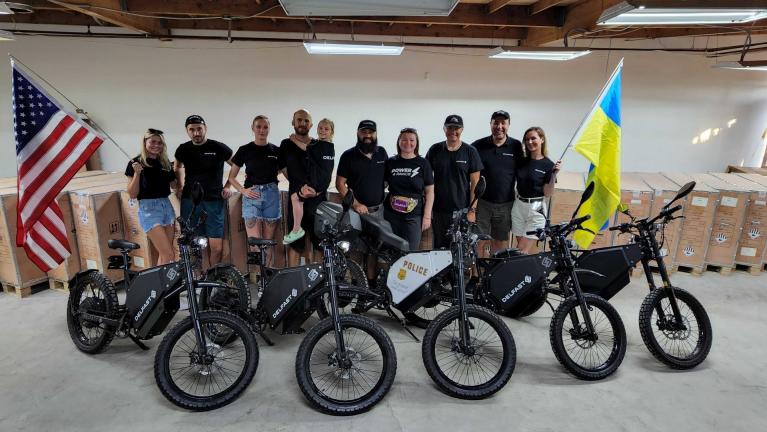 Ebikes are on the rise now as electric transportation is elevated from a quirky hobby to the real deal. Being environmentally conscious is more than a fad; it is a long-term commitment to lessening environmental impact. Plus, it's mobile, efficient, healthy, and money-saving — isn't it a dream?

In today's interview with Daniel Tonkopiy, CEO of Ukrainian electric bike company Delfast, we share the details of his remarkable journey in founding and building an electric bike that set a Guinness World Record that still stands unbroken. Get comfortable; we're about to start.

Do you remember the exact moment or experience you had when you thought: "I'm going to start an e-bike company?"

No. There was no such moment in my life.

It all started with the fact that in 2014 I created a courier company. My idea was: “deliver goods from online stores at the speed of a pizza delivery.” It took us 1 hour to deliver smartphones and laptops in Kyiv. Hence the name of the company — Delfast, because "We Deliver Fast,” which is why we began using electric bikes. People and passersby often came to our courier station and asked about bikes, thus distracting us from work. There were sometimes 15-20 such people a day that we were even forced to hang a notice on the door: “We do not sell electric bikes! We are a courier company”. That's how far I was then from the thought, “I'm going to start an e-bike company.”

But at some point, we thought: “Why are we refusing to sell bikes? Let's try!" And after a few years, we sold the courier service and became the Delfast bike company. This is how we changed things.

What were the main challenges at the beginning of your path?

The first e-bike we bought for couriers rode less than 30 miles on a single battery charge. But that wasn't enough because couriers drive an average of 130 miles per day. We evaluated different bikes from different manufacturers, but they all had low mileage, so for couriers to ride all day without worrying about battery life, we began to develop our electric bikes.

Step by step, we created an electric bike that outperformed the rest in the world. In confirmation of this, in 2017, we set a Guinness World Record for the range of an electric bicycle on a single battery charge. We've ridden 235 miles on a single charge without using the pedals, and that record has yet to be broken.

By the way, the previous world record was only 50 miles.

Despite a challenging year, Delfast released a new model. What inspired you?

The initiators of the creation of a new bike model were the company's employees. Sales managers in Los Angeles told me: “This is the kind of electric bike requested in the market. This is what people need.” Our engineers in Ukraine said: “We don't want to sit in a bomb shelter all day and be afraid of airstrikes. We want to work; we want to create, invent.”

Typically, the time to create a new motorcycle or e-bike is 2-3 years. We went from the initial idea to implementation and production in 8 months. This became possible only since our team invested all its energy, strength, and passion in the creation. We tried to make it perfect — a dream e-bike, the way people wanted it to be and the way that we would ride ourselves. And since this one was inspired by California, the bike goes by the name "Delfast California." 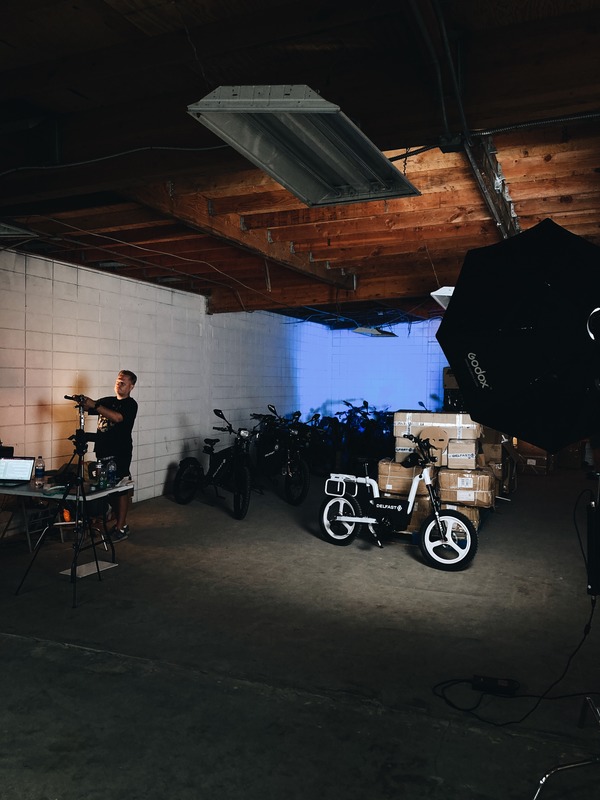 The whole world is standing with Ukraine right now. How has the war affected your team and work?

War is, to put it mildly, not the ideal condition for the development of the project: someone lost their home, someone lost their loved ones, and russian terrorists continue to destroy electricity generation stations with rockets, which is why colleagues from the Ukrainian office have only 3–4 hours to get in touch — the rest of the time there is no light. There is also no internet, no water, and no heat, which is when it is winter in the country when it snows. Therefore, we ask everyone to support Ukraine. It is unnecessary to purchase a bike from our company, but any Ukrainian product will suffice. If you can, donate, and send a power generator or charging station to Ukraine. Support our country in its struggle for independence.

Nevertheless, such extreme conditions brought the team together, and pointed out the risks and possible growth points. Work is our incentive, something that supports and makes us feel needed, and it reinforces our belief that Ukraine's victory is getting closer by the day. No matter what, we were fully funded on IGG in the first 24 hours.

What advice would you give to aspiring entrepreneurs?

Gone with the Wind was rejected by 38 publishers.
Angry Birds is the 52nd game by the Finnish studio Rovio.
Henry Ford lost every race until he was 60.
Soichiro Honda, the founder of Honda, once said, "Give 99 defeats for every victory."
Thomas Edison invented the light bulb after 11,000 failed experiments.
Michael Jordan missed the basket over 9,000 times.

Making mistakes and failing is not something to be ashamed of. It's embarrassing not to try. It's a shame not to get up when you've fallen. Never, never, never give up!

You are a proud Ukrainian startup. How do you support Ukrainians?

Since the beginning of the war, we have been helping our soldiers by supplying them with electric bikes. To do this, we added a new pendulum, protective arches with platforms for feet, a different controller and a more powerful motor wheel to meet our warriors' needs.  And this modified TOP 3.0 bestseller we gave to our air reconnaissance fighters at the epicentre of events where it works for the good. It has become an indispensable helper in combat because it is quiet, has a long-range, has offroad capabilities, is easy to control, and has a large payload.

We also donated 5% of our sales to Ukraine's armed forces to buy expensive sights, food, winter uniforms, and more. Every team member is proud to have had a hand in this, and some of us are on the front lines now, and we are proud of that too.