Delfast TopCop electric bikes being tested by the US police 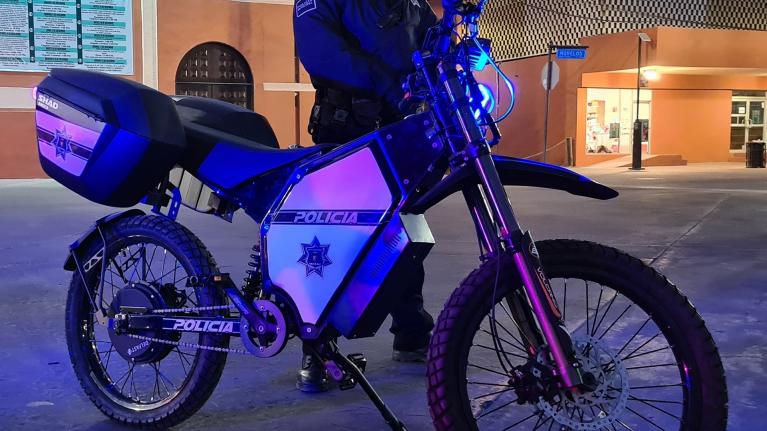 This spring the Brevard Police Department received the Delfast TopCop electric bike to test before making the official purchase. As a results, both Cherif and the officers liked the e-bike and shared the feedback with Delfast.

First, there were two police officers who conducted the TopCop operations training. However, there were many more interested to try the e-bike, at least under the supervision at the parking lot of the department.

“I now have about half of my patrol officers asking to be bike trained so they can ride this bike on duty. We are fans,” says J. Phil Harris, Chief of Police

Officers, who tested the TopCop, say that the it is quite easy to operate even if the one does not have the previous experience of riding e-bikes. They also tested it while riding up hills and the e-bike did not slow down, thus easily traversing this kind of terrain.

At Brevard Police Department, they also noted that the TopCop “is quiet enough to approach undetected.” Officers shared that you would not know someone if someone was riding near you until you actually see it. They also pointed out that the Delfast e-bike is the universal and convenient mode of transportation for the police.

“I believe we could utilize the bikes in a number of different ways that we can’t necessarily do on a traditional patrol bike,” says Officer Ronnie

With the TopCop police officers are able to cover more ground more quickly, according to Ronnie. “I was on Ecusta Rd. when a domestic violence call came out on Gallimore Rd. I road the bike the entire way which is approximately 4.3 miles and I arrived shortly after the units that were responding in their patrol vehicles. I was also not out of breath,” he continues. Moreover, there is enough of storage space to hold ticket books and other supplies.

The enforcement downtown can also be enhanced due to the blue lights and the siren traffic stops. The lighting is bright enough too for the patrol during the night time. Speaking of the speed enforcement in the residential areas, it can be greatly simplified with TopCops. With the narrow streets in the city, e-bike can be maneuvered and turned around with no problem, unlike the police car.

“With the e-bike, we could have a lidar certified officer calling out speeding vehicles to an officer on the e-bike and by utilizing the lights and siren on the bike we could conduct traffic stops,” says Police Officer Ronnie

Moreover, officers received the positive feedback from citizens. When passing on the e-bike, people looked at it with interested and approval. Specifically, one woman Ronnie was following up with “was very inquisitive and seemed impressed about the bikes.”

“I think these bikes would be a great asset to the department and would be greatly utilized in a number of ways,” says Police Officer Ronnie