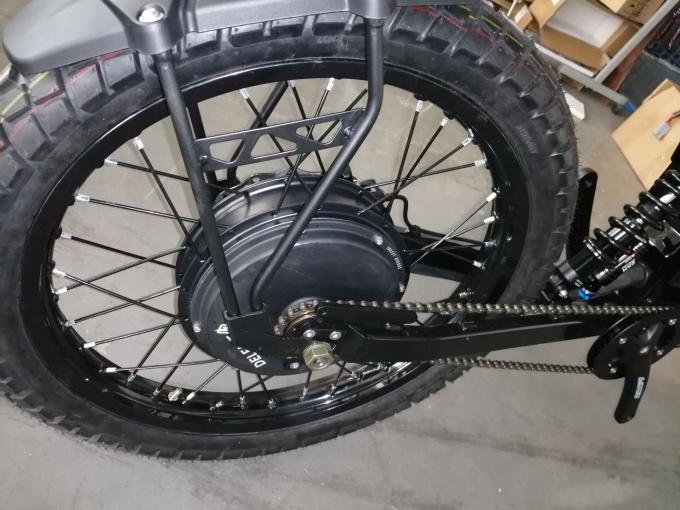 Today we will talk about the all-wheel electric bike.

If you live where there are snow-covered roads, or where there is a lot of rainfall and you have to drive on sand or mud, then your choice is a bike, which we talked about in one of our previous reviews, but if, in addition to cross-country ability and more grip, you need more traction, the logical solution would be all-wheel drive on two wheels 2WD.

It would seem that the solution is simple – to install two motor wheels at once. Let’s look at this option:

Therefore, the main and most important advantage of installing two motor wheels at once is an increase in traction: an electric bike will climb faster downhill, since the power it can have will almost double.

In addition to traction, the advantages of such a solution will be an increase in the electric bike’s torque, a “facilitated” start from a place, better acceleration dynamics, better handling when accelerating to maximum speed, when driving over rough terrain, ice, snow, and dirt. A twin-engine electric bike, due to its design features, is capable of transporting rather heavy loads, larger than its mono-drive counterpart. It would seem like a perfect transport! But then why so far all electric bicycles are not all-wheel drive?

But the problem is this: when two motor wheels are installed on an electric bike, an imbalance in power and current consumption between the two engines occurs. the rotation speed and angular speeds of the front and rear wheels will be different. Of course, you can try to use two electric motors with the same voltage, power, diameter and torque indicators, but this will allow you to move without problems only at a constant speed and in a straight line.

On slides, slopes, or during accelerations in bends, we get the picture: one wheel, trying to break ahead faster, will overheat, and the other will work as a brake. In order to avoid such problems, you need a system similar to the systems that are used on cars. Those. The main task when creating a full four-wheel-drive bike is to design an electronic stabilization system that would measure and equalize the speed of rotation of the wheels by sending the appropriate commands to the motor controller. Now our company is actively working on a solution to this problem, developing and testing various options for such a system.

In addition, when installing two electric motors on a bicycle, the energy consumption increases by about 25-30% – and this is another task that our engineers must solve. Here we see two exits. In fact, these solutions have already been tested by manufacturers of any four-wheel-drive vehicles. This is either to put up with high consumption and increase the supply of energy or make one of the drives plug-ins.

improved traction when climbing and when moving on “soft” surfaces: snow, sand;

reliability – even if one of the controllers or motors fails – there is always a second;

Disadvantages of installing two motor wheels on a bicycle:

it is impossible to exceed the maximum speed indicator;

additional weight – an all-wheel drive electric bike is not only the installation of another motor wheel and controller, but also a larger one (energy consumption by 25-30%);

As we can see, the continuation of the offroad model to the all-wheel drive version seems logical. it is she who needs increased cross-country ability and carrying capacity. I hope that very soon we will be able to tell you what happened as a result.